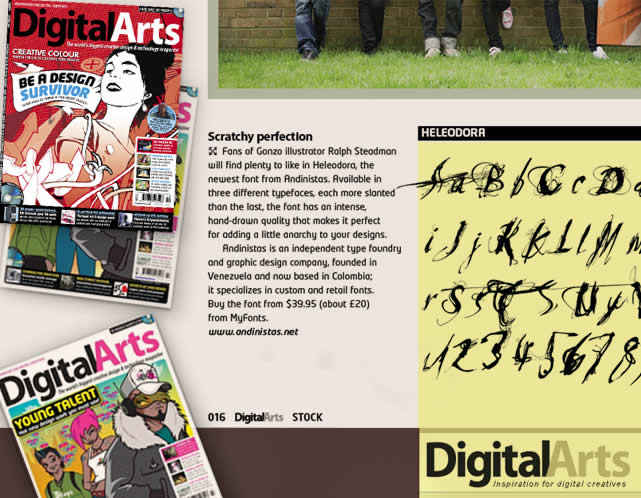 Digitalarts Say (16 Page/ Digital Arts October 2008): Scratchy perfection: Fans of Gonzo illustrator Ralph Steadman will find plenty to like in Heleodora, the newest font from Andinistas. Available in three different typefaces, each more slanted than the last, the font has an intense, hand-drawn quality that makes it perfect for adding a little anarchy to your designs. Andinistas is an independent type foundry and graphic design company, founded in Venezuela and now based in Colombia; it specializes in custom and retail fonts. Buy the font from $39.95 (about £20) from MyFonts. www.andinistas.net 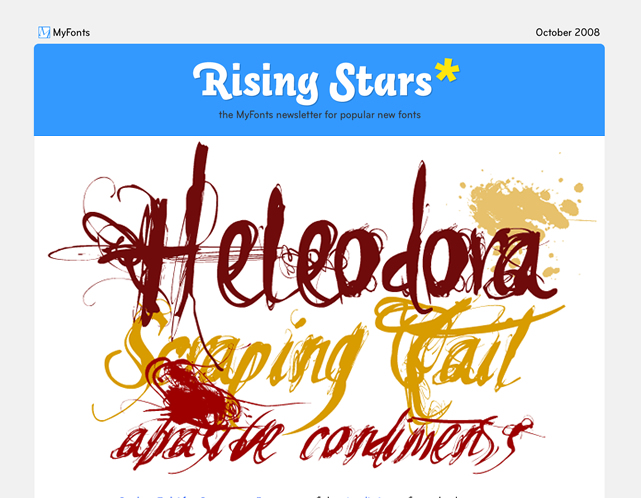 Heleodora in “Myfonts: Rising Stars, October 2008”
Myfonts Say: Carlos Fabián Camargo Guerrero of the Andinistas foundry has definitely found a style of his own, and what’s more: through MyFonts he has also found an audience. He specializes in what could be described as “destructive penmanship,” producing one dirty script after another. The recent Heleodora is another variation on the theme to which earlier Andinistas releases such as Alcira and Ninja also danced. It is a family of three based on the same underlying drawing — Heleodora 2 and 3 are slanted and condensed versions of number 1. 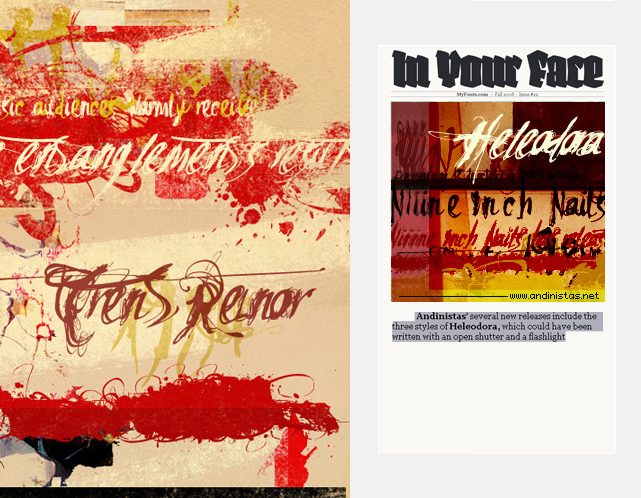 Heleodora in MyFonts: In your Face, Fall 2008 · Issue #22.
Myfonts Says: (…) Andinistas’ several new releases include the three styles of Heleodora, which could have been written with an open shutter and a flashlight (…)